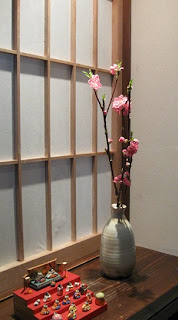 Here is the letter from Nana -

Shigeru San is a very modest gentleman with a great dry sense of humour, so I never felt bored learning and making pottery with him. The best part of my pottery making was finding the strong connection between my hands and the clay. To me, it came all very nature with Shigeru San’s guidance and influence.

Shigeru San believes that pottery is made through conversation between humans and nature. I shared the same belief after seven weeks learning and the true amazing thing was my understanding of pottery making has been transformed into a deeper level with the elements of simplicity and grace.

I just want to say a huge 'arigatogozaimashita' to Shigeru San for everything he has taught me in the past seven weeks, which will benefit me for life!
I look forward to continuing my pottery learning with Shigeru San on my return next year!

The fee for the pottery class is 5,000yen per person including the costs of the materials and firing.

As for the details of the private/regular class, please email at pottery uzuki or
uzuki pottery class